REPRO FREE
His Royal Highness the Duke of Kent talking to RNLI volunteer James Grennan and his daughter Maebh on a visit to Kinsale RNLI Lifeboat Station on Wednesday.
Picture. John Allen

Kinsale RNLI Lifeboat Operations Manager, John O'Gorman, said: "It was a honour and a privilege for us to meet the Duke who has provided unwavering support to the RNLI for almost half a century. Our station on the Wild Atlantic Way is a long way from the RNLI HQ in Poole so we rarely get the opportunity to meet someone so close to the heart of the charity. In that time he has visited the vast majority of lifeboat stations and we are delighted he chose to add Kinsale to that list. He showed a great knowledge and understanding of our lifesaving work and
sometimes being so on the coalface 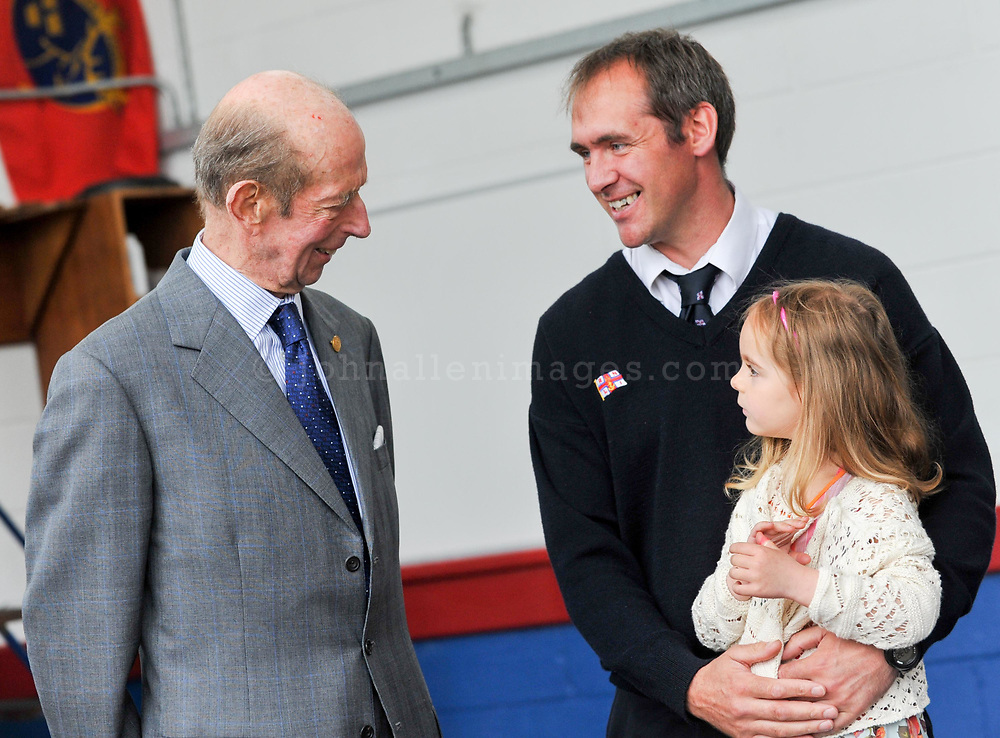