30th ANNIVERSARY HEINEKEN KINSALE 7s KICKS OFF
The Heineken Kinsale 7s take place in Kinsale over the May Bank Holiday weekend, 5th & 6th May 2018. This is Ireland’s largest rugby 7s tournament and builds on its success each year, with over 8,000 visitors expected in the Cork seaside town.
The Heineken Kinsale 7s promises to be an action-packed weekend of competitive men and women’s running rugby for an attractive prize fund, trophies and medals. A high calibre of rugby players across all competitions is anticipated as well as a fun social programme.
Mens Elite Champions, Projecx Waterboys from Scotland return to Kinsale to defend their title. They will compete against the Swedish Men’s 7s, Speranza 22 from Dubai, The Camarthen Warriors and Ponty Butchers from Wales, CLIC Sargent Godfathers from London and University College Dublin.
In Men’s Open competition, The King Prawns from London are defending their title against challengers Fuze 7s, Session Motts and DISCO Bals will be challenging defending champions
Former Irish International, Tania Rosser returns as player/manager for the WRR Ravens invitational side who will be looking forward to challenging The Ponty Butchers Women’s team from Wales, contenders in the women’s elite competition sponsored by Hayes Caravan Services. Other women’s teams include Team Boom, The All Craics, Capsized and the Ballincollig Pink Ladies who enjoy the women’s social competition.
Pat Maher, Event and Sponsorship Manager, Heineken Ireland said: “We are delighted to continue our support and sponsorship of the Heineken Kinsale 7s and look forward to celebrating the 30th Anniversary in Kinsale with top-quality competitive rugby. We thank everyone involved in Kinsale RFC for thei 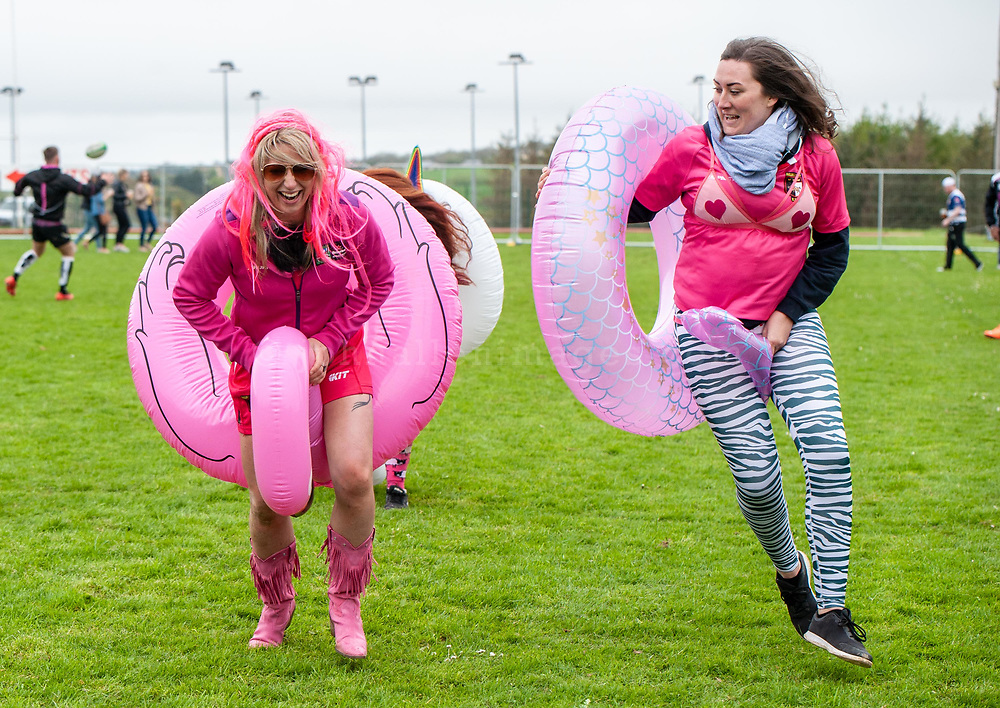